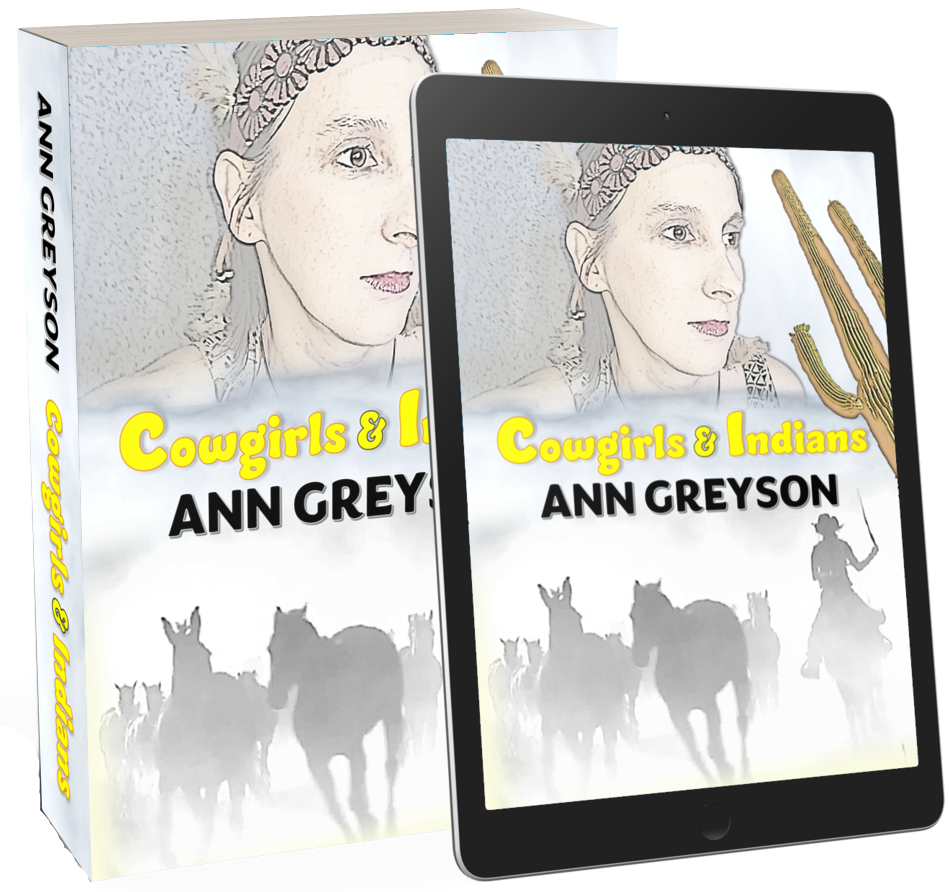 Cowgirls & Indians is an American Western multimedia franchise, whose story is the backdrop for a TV commercial promoting almond milk Cowgirls & Indians (2015), created by Ann Greyson, that includes cinematic book trailers, and collectible, story-driven images. The 2023 novel adaptation explores the Indians’s struggle to survive in 1881 and 1882, a time of discrimination in the epicenter of the Wild West, the Victorian era, which were both happening at this time. Part historical fiction and part Western comedy, this novel has past tense writing, short (five-or-six-page) chapters, and third-person point-of-viewpoints.

On the night of October 29, 1881, the Tivoli Saloon on the south side of Allen Street in Tombstone, Arizona attracts many folks who are engaged in the hoopla of the recent gunfight between the Earps and the Clanton gang in a narrow vacant lot behind the (Old Kindersley) O.K. Corral, that provided public transportation and care of livestock, and the largely attended funeral procession of Billy Clanton, Tom and Frank McLaury. Outside the saloon, Dakota, a Cherokee Indian man and fiance of Sequoia, is shot and killed by the drunk Sergeant Derrick Neilson, who is spooked by the presence of Indians mistaken for Apache stemming from the fear of Geronimo, who is on the loose in the area since breaking out of the San Carlos Apache Reservation on September 30. First Lieutenant Randall Davis of the United States Army serving at Camp Huachuca, witnesses the incident and silently sympathizes with the Indians, wanting nothing more than to raise his two toddler sons in a peaceful world.

Sequoia, a sweet, mild-mannered Cherokee girl from a tribe transplanted from Tahlequah, Oklahoma, plans never to wed after loving and losing her betrothed and chooses to devote herself to her people. The popularity of Sequoia’s almond milk among her tribe inspires her to peddle her almond milk for sale in the hope to promote peace and lessening the conflict between the settlers and the Apache Indians, who had a long history of animosity toward them. Little does she know that just as troublesome as the savage, red-sashed Cowboys in the region, are three women dairy ranchers, Bibb Bishop, Pidge Swafford, and Lavinia Terrell, who provide the precious commodity of milk for Tombstone and nearby communities. When Sequoia is spotted trying to sell almond milk in a Tombstone store, these cowgirl milk ranchers try to discourage her from muscling in on their profits.

An altercation between Sequoia and the cowgirls ensues. When Pidge grabs ahold of Sequoia’s gallon jug of almond milk, they play tug-of-war with the jug for a few minutes until Pidge loses her grip and falls into a galvanized metal horse’s watering trough full to the brim, spoiling her neatly tailored dress. In a frenzy of panic, so as to escape, Sequoia mounts a nearby pretty white mare, Pidge’s horse, Maybelline. Clumsy Lavinia reaches for the reigns of Pidge’s horse. Just at that moment, the horse snorts, turns and its butt knocks into her back, pushing her to the ground, her hat flying off her head. A second or so later, Sequoia gallops away on the horse, and her shawl comes flying through the air, slapping and covering Lavinia’s face, and wrapping around her head. A resentful Pidge Swafford and her cowgirl cohorts claim that Sequoia stole Maybelline without any reason, lying to Sheriff Clancy Barton. Later, Maybelline trots back into Tombstone and is returned to its owner. Nevertheless, Pidge Swafford demands the sheriff to punish Sequoia to the full extent of the law and even puts up a $1,000 reward for anyone who brings her in - dead or alive. Frenzy ensues and fuels widespread interest for Sequoia’s capture, quickly turning her into a notorious outlaw, with fake sightings and dead-end leads every day.

On December 1, 1881, days after a failed search for Geronimo twelve miles south of the base of the Huachuca Mountains, First Lieutenant Randall Davis, and some of the men in his charge, are sent to Tombstone to help bring order to chaotic situations around town, in particular the brawls about the court ruling in favor of the Earps and John Henry Holliday the day before. Outside one of the saloons, Davis and the soldiers have an altercation with a drunk Wendell Kasbar and a few other red-sashed Cowboys. Davis learns about the search and bounty for Sequoia. Fed up with all of it, Davis confronts Sheriff Clancy Barton, demanding the charges be dropped against Sequoia and that somebody has to take the first step for peace with the Indians.

By January 1882, every Indian that visits Tombstone is being watched. Eventually, a Pima Indian is spotted by Wendell Kasbar who stalks and then shoots her dead for the reward money. Sheriff Barton shows The White Chief from Sequoia’s tribe the body of the dead Indian girl, who he says is Sequoia in order to stop the pursuit of her. Later on, The White Chief sends Sequoia to a family who will hide her and ferry her in a covered wagon to northeast Oklahoma the next morning. Years later, once again Sequoia finds herself living in the same vicinity as Geronimo, who is living out his days as a newfound farmer at Fort Sill, Oklahoma.

Meanwhile, the whimsical Bibb Bishop, who was the looker of the cowgirls and had not been cruel to Sequoia, gets her wish to escape the life of a dairy rancher. On an evening out to a saloon, she meets and falls for a director, who also becomes smitten with her. He offers her an acting role in a show with his traveling theater troupe, which happens to be in town performing the show for the next few days. Bibb accepts his offer, and on their walk to the recently opened Bird Cage to watch the troupe perform, she begins to tell him the true story of her brief encounter with Sequoia and why people had gotten so obsessed with the infamous outlaw, who he knew nothing about, missing all the hype, because he had only just arrived in Tombstone that morning. 
After the release of Cowgirls & Indians, other books coming of Ann Greyson’s manuscripts and novelizations of TV programs by 2027 are:
The Out World, SpaceWoman, Birdwatcher 2, Atlanta Penitentiary Hostage Crisis, and O Christmas Tree children’s book. 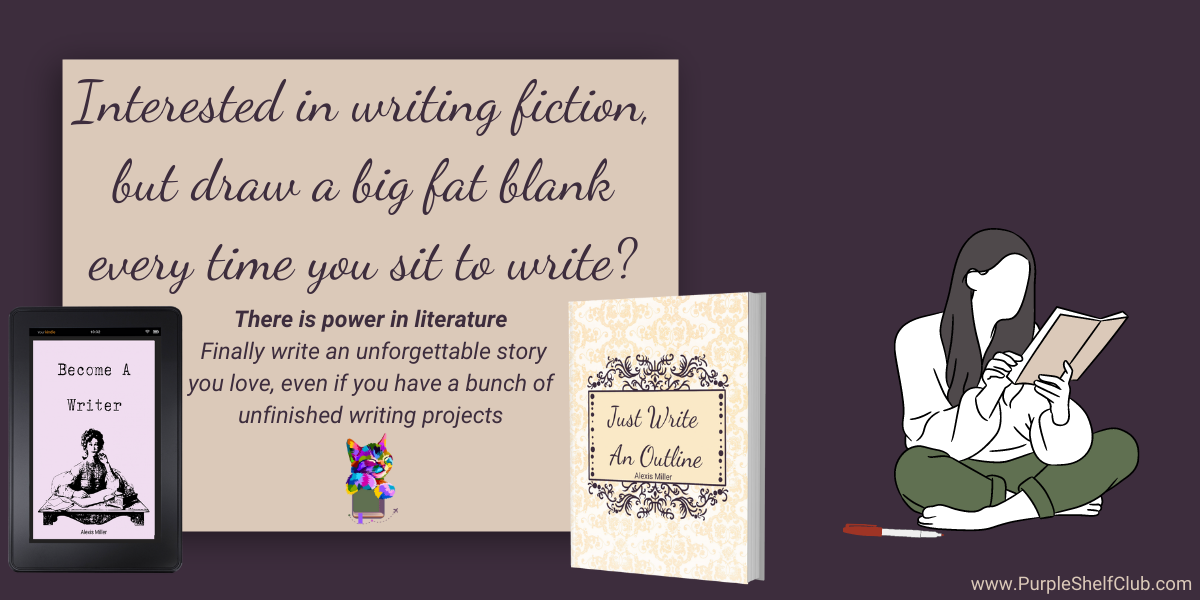 When twelve-year-old Abigail Wincoff vanishes in the woods while birdwatching outside the cabin she was staying with her parents, the police suspect foul play. Abigail’s spirit doesn’t cross over and is left to haunt the cabin where she devises a plan to obtain closure to her life that was cut short in murder. 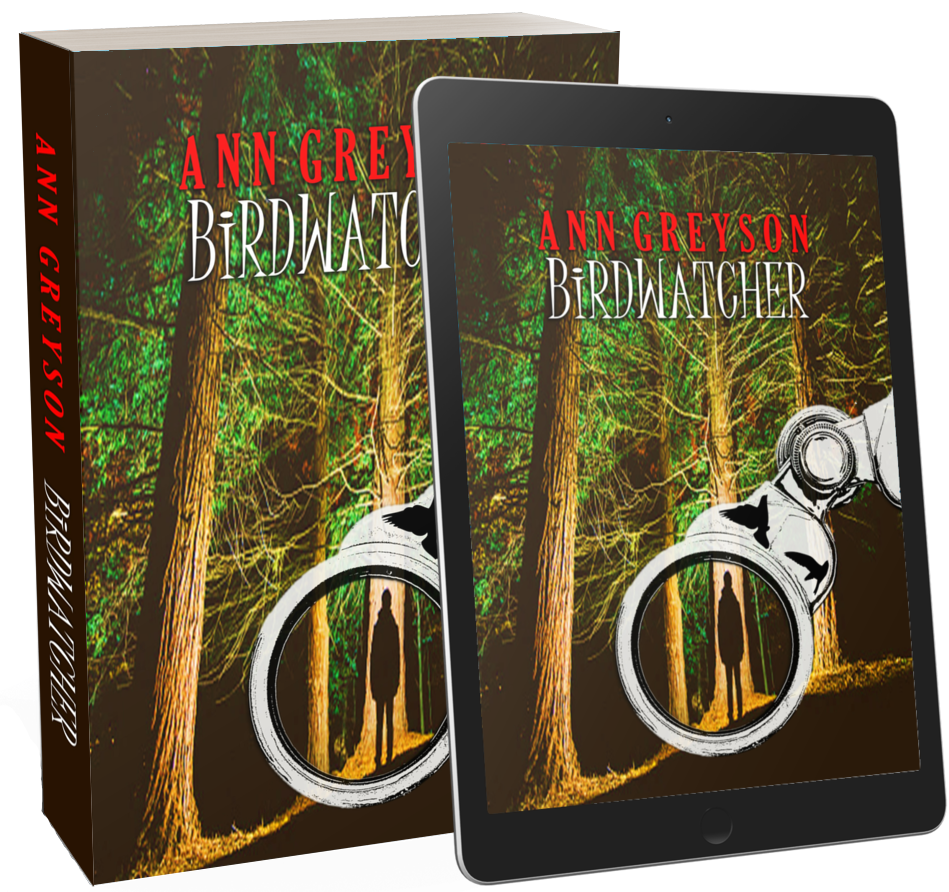 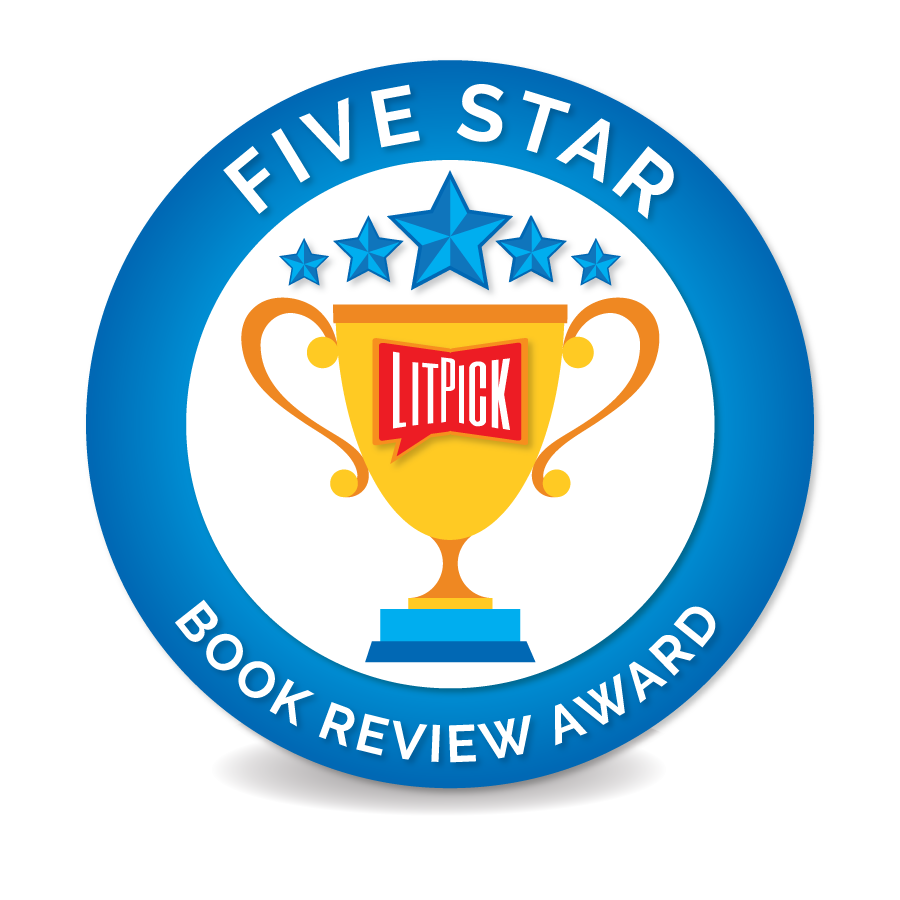 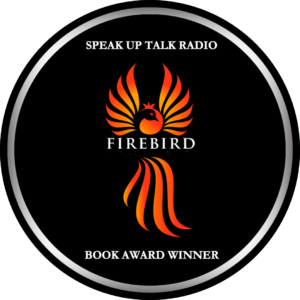 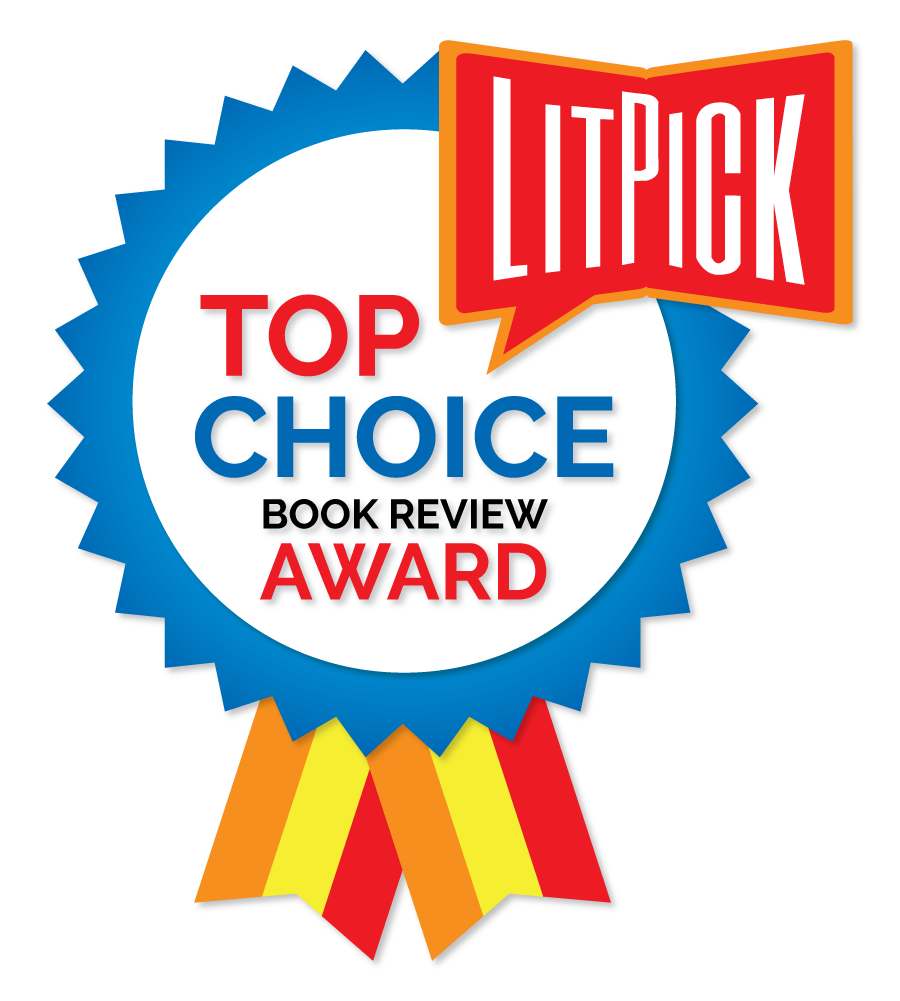 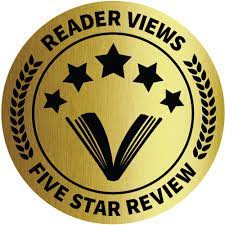 When a crash-landing in Tanzania, Africa unleashes a havoc-wreaking spirit that has been plaguing the Chagga for nearly 200 years, a petite feline-like extraterrestrial who just wants to find her way home is bound by prophecy to end the curse. 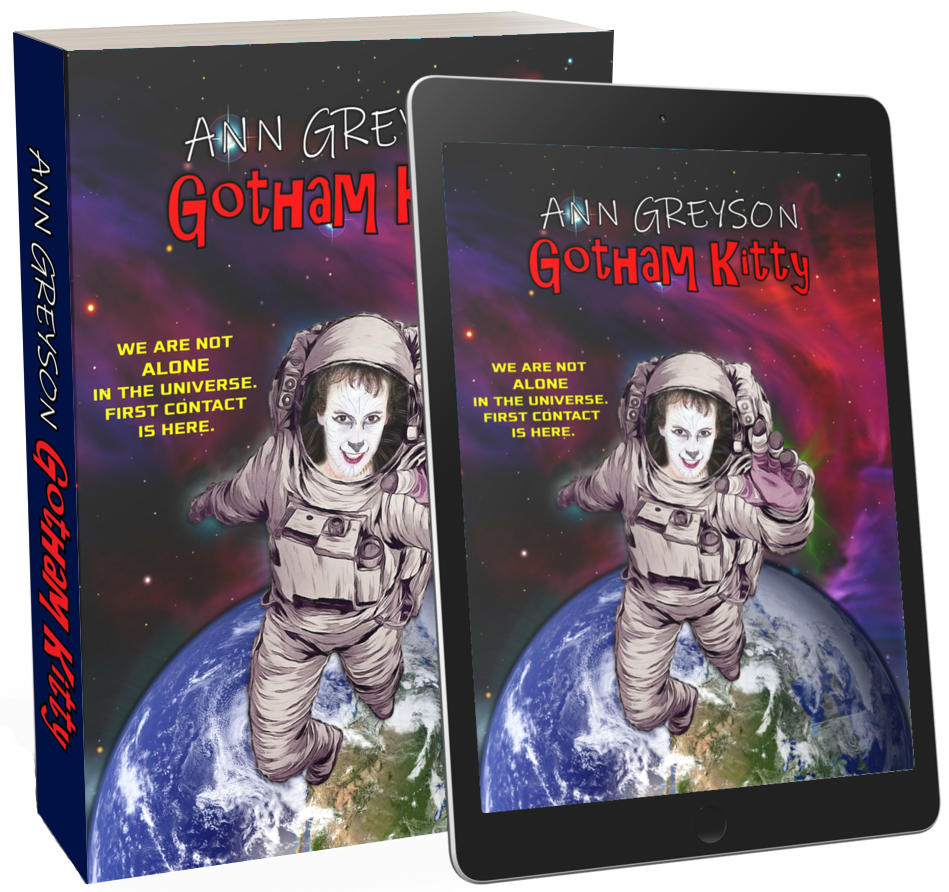 More than 400 years after being driven from her home in Transylvania to Newcastle upon Tyne, UK, a mysterious and lonely vampire meets a nursing assistant searching for something more. After turning her into a vampire, the two must juggle self-discovery, suspicious neighbors, and a relentless werewolf determined to find all escapees from so long ago. 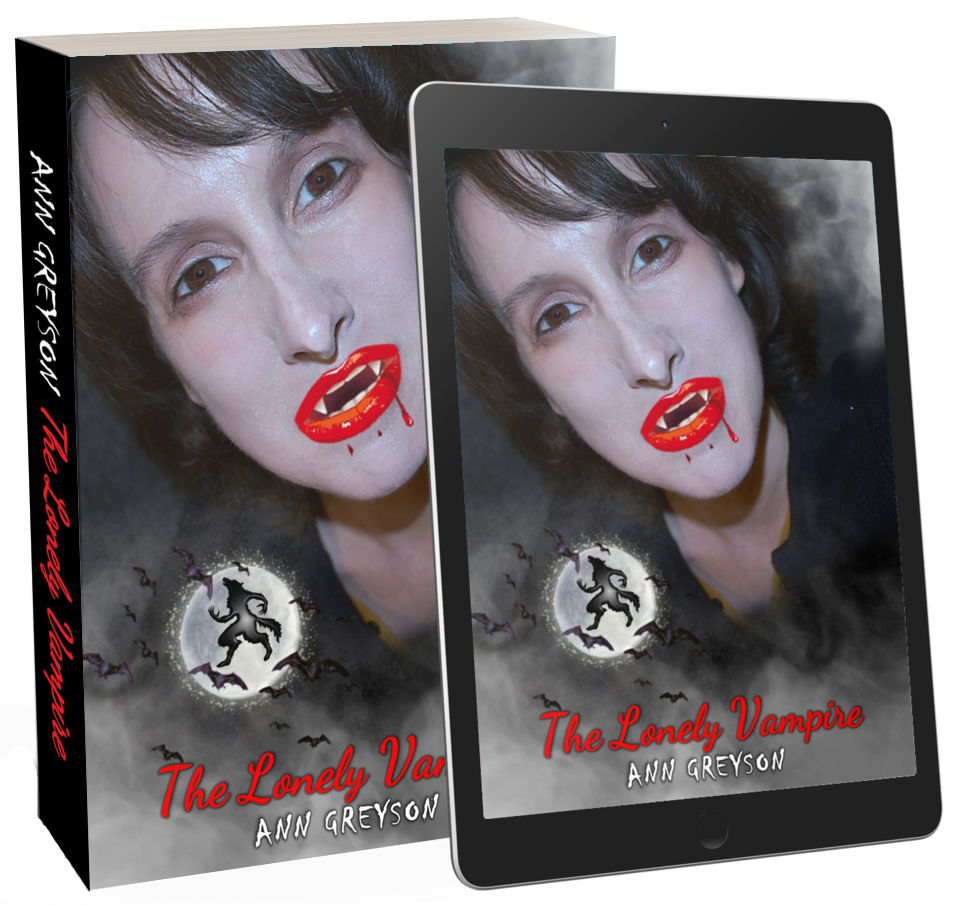 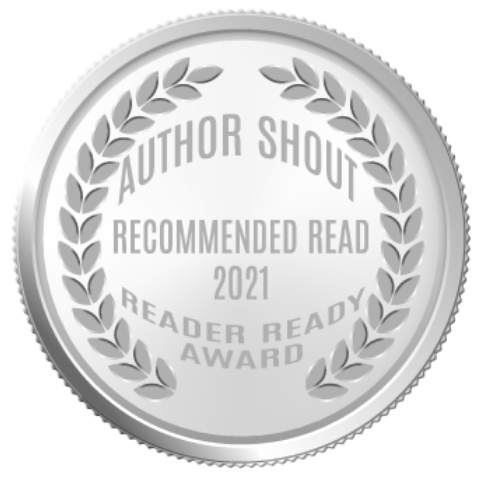 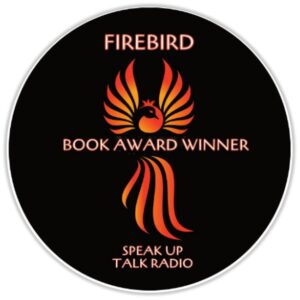 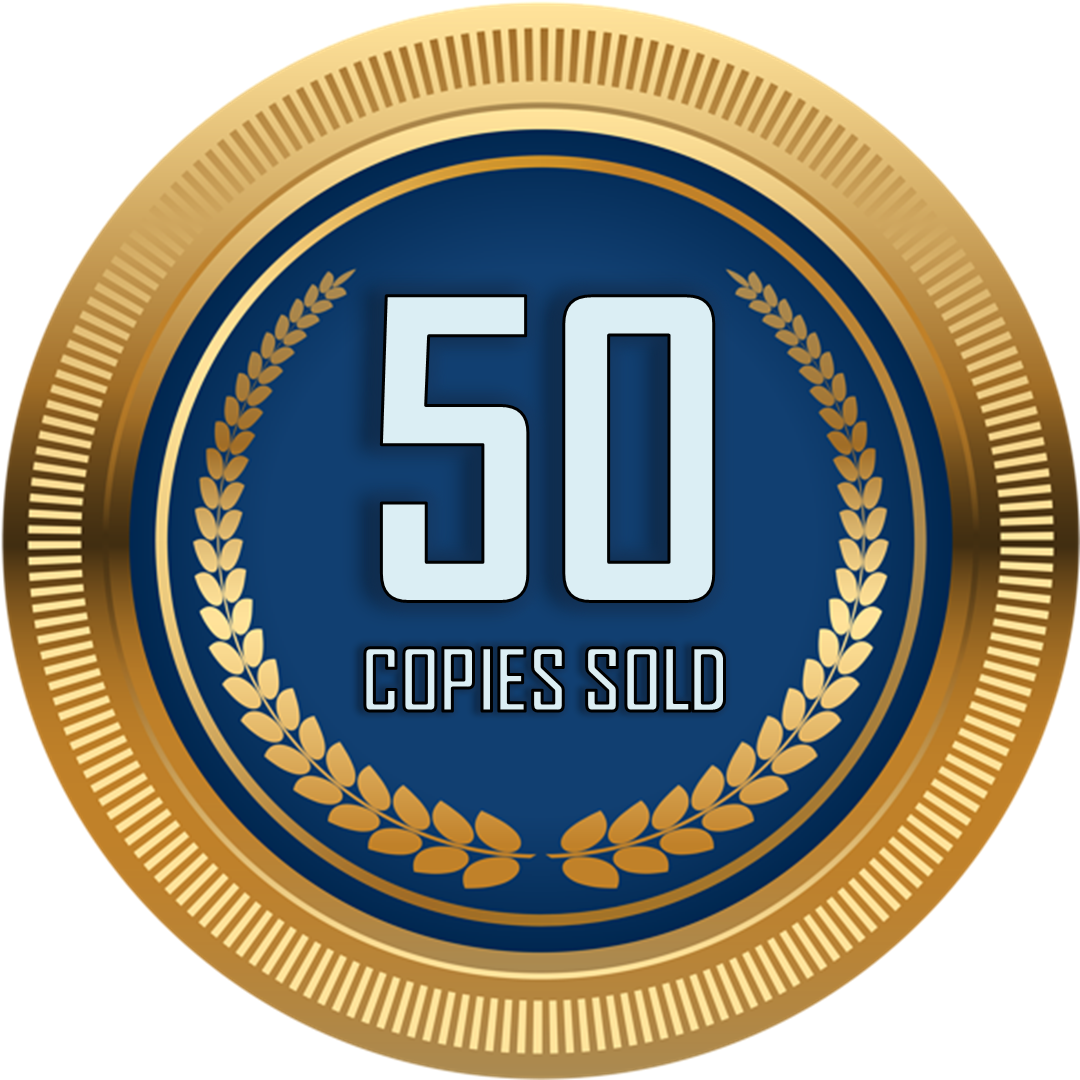 When a world-wide virus brings the dead to life suspiciously close to the end of the Mayan calendar, a computer-scientist keeps a video diary as she works for and safely lives within the walls of a company trying to develop a vaccine, and as she waits for her nineteen-year-old sister to make a dangerous journey from San Antonio, Texas to be with her in New Mexico. 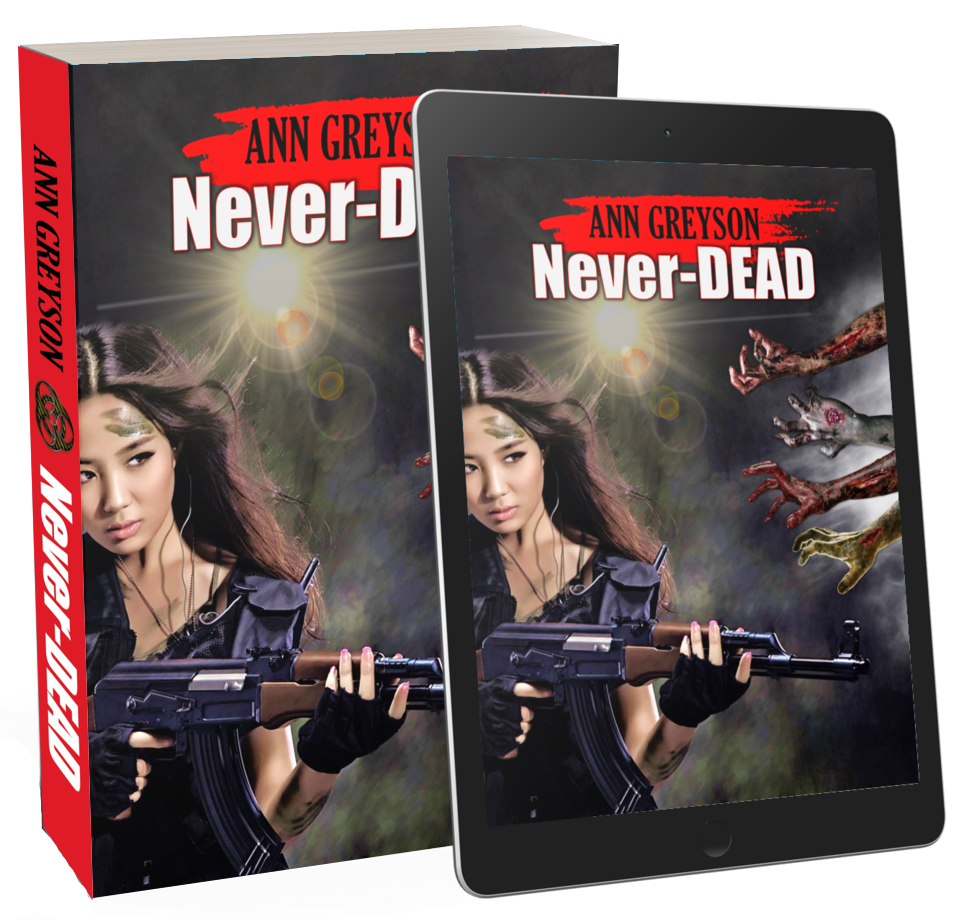 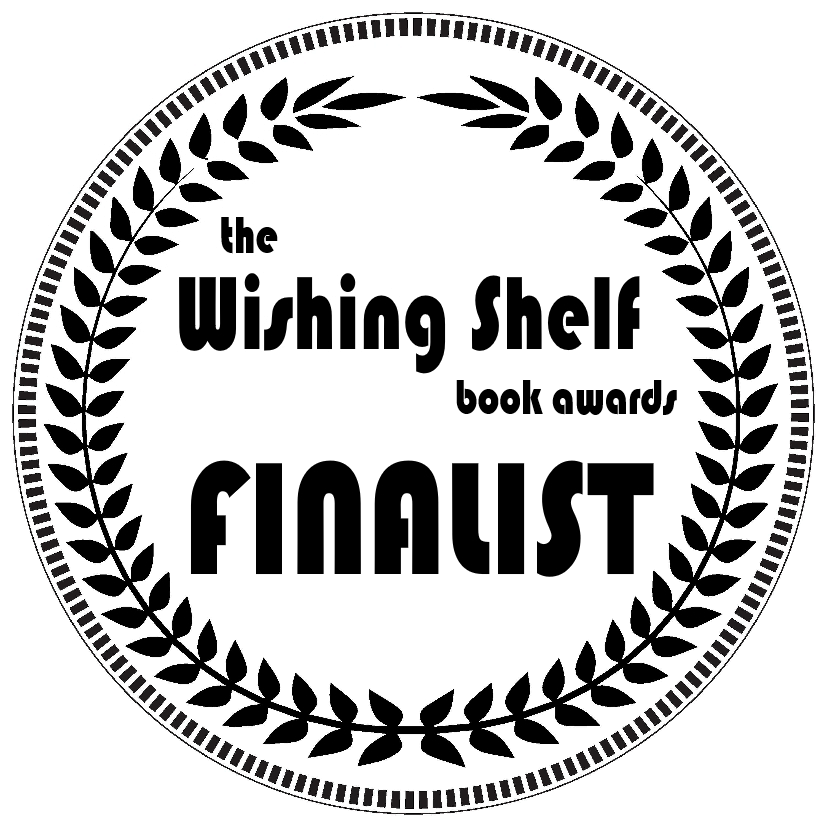 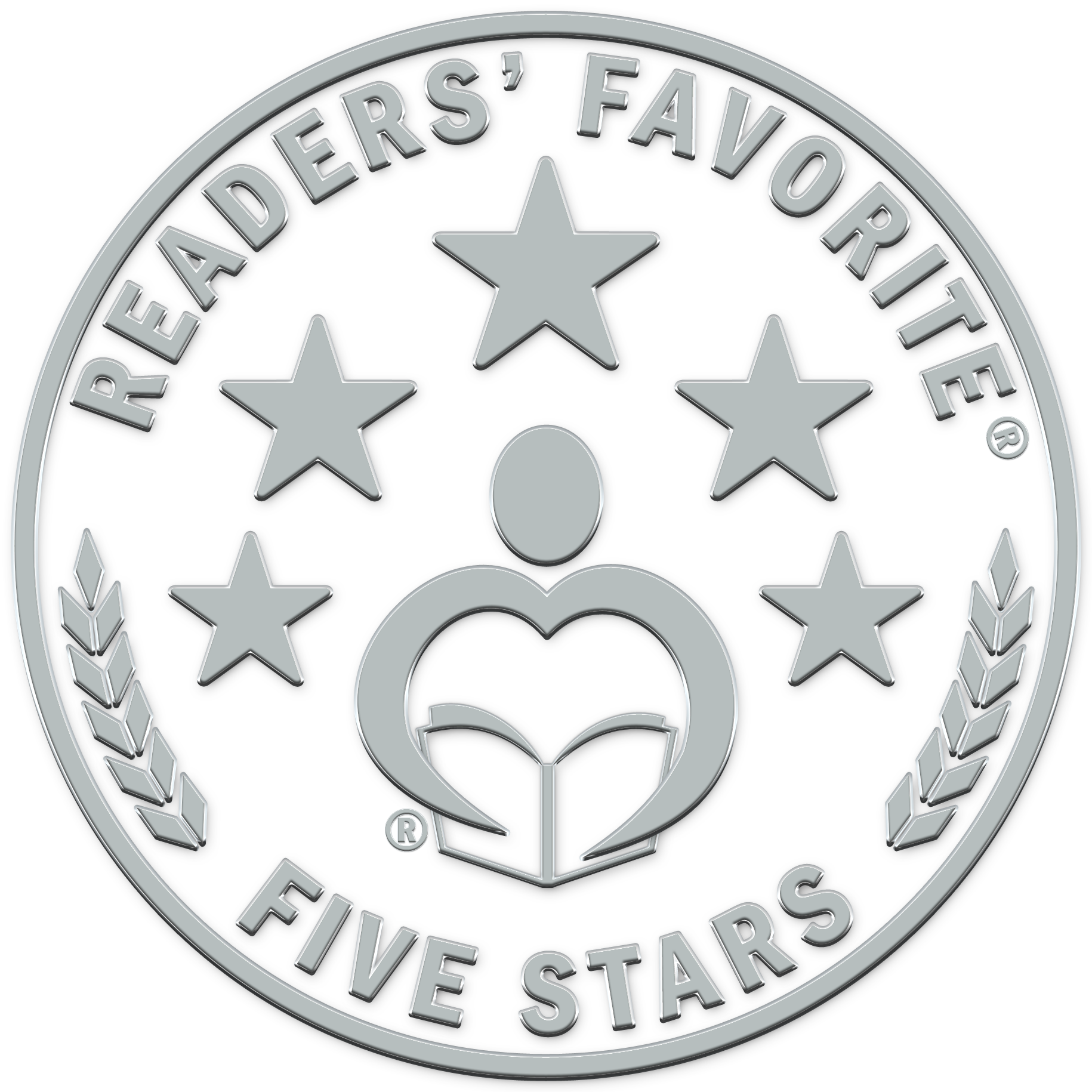 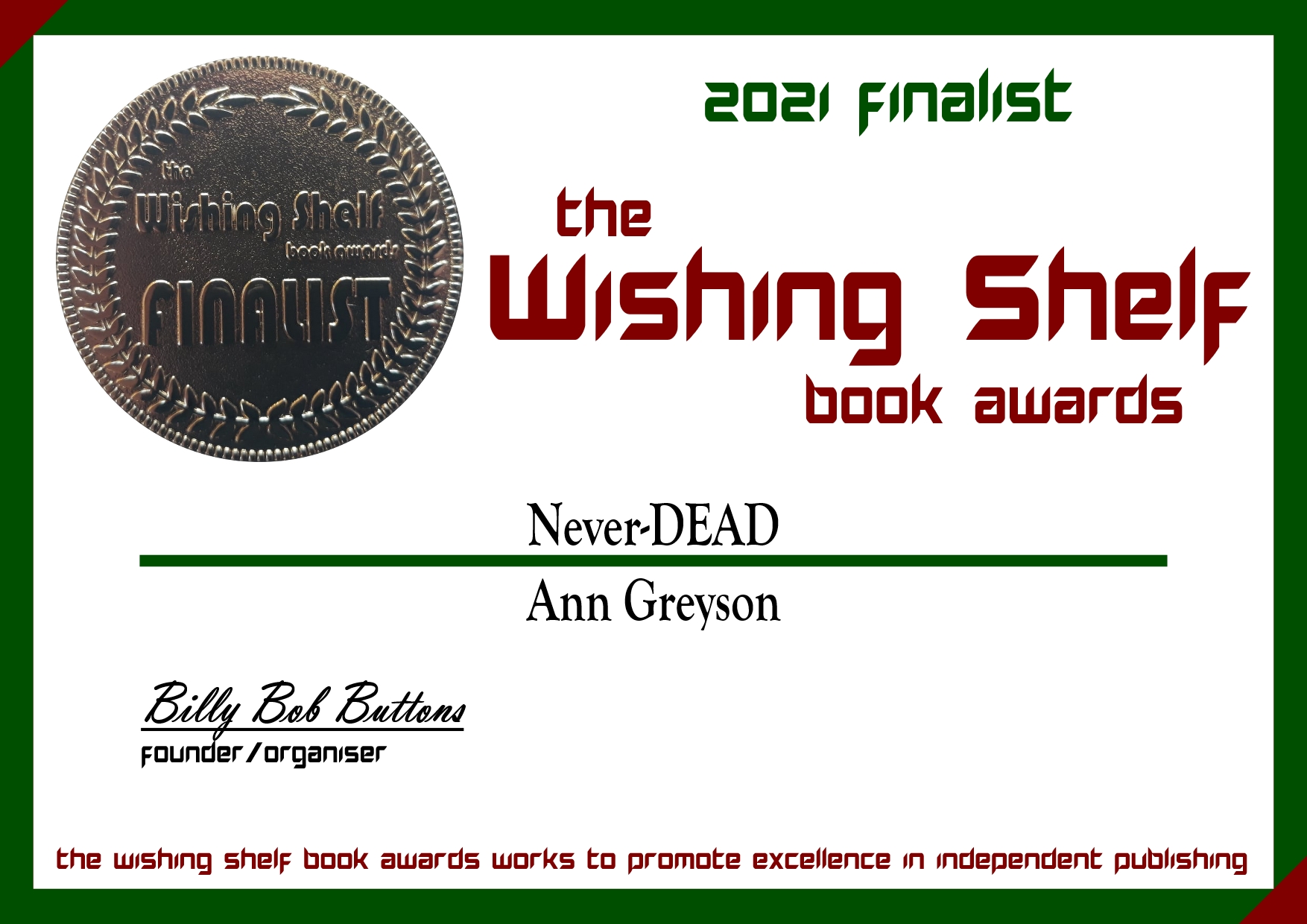